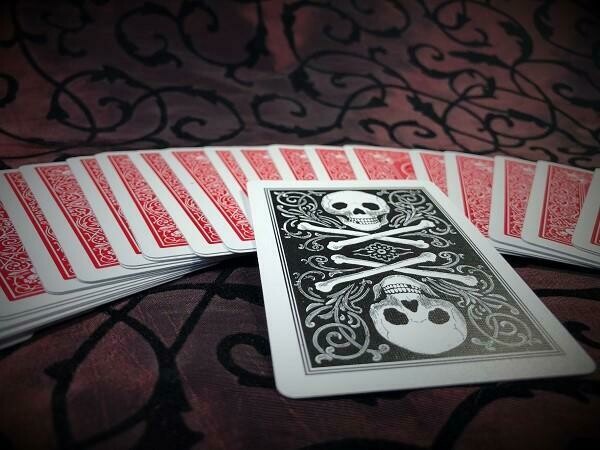 The concept of tarot cards evolving into playing cards is explained. "The Death Card” is introduced without revealing it's identity. A pack of playing cards is shown and after the addition of the secret “Death Card”, the pack is casually mixed. A spectator makes a free selection and it is revealed to be "The Death Card”. This can be performed as a precognition or prediction effect, an exercise in influence and suggestion, or even a supernatural coincidence. The best part..."The Death Card" is based on a pack of gimmicked cards that you probably have in your drawer. As an optional bonus phase, a verbal or written prediction can be openly made and the effect happens exactly as predicted!! The dark and mysterious history of playing cards is finally revealed, and you are literally holding all the cards!!

Save this product for later
Display prices in: USD